Need Care From a Proctologist in Benson NC? 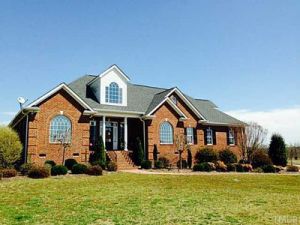 The quaint and picturesque town of Benson NC recently celebrated its 125th anniversary. Located in Johnson County, the town’s historic main street is a hive of commercial and community activity. Although the population was just 3,311 in 2010, the town is poised to benefit from the wave of growth and economic diversification that is currently being experienced in eastern North Carolina.

This promising future bodes well for local residents, who will benefit from improved healthcare and other services as the town grows. For now, when they need the services of a medical professional such as a proctologist in Benson NC, they can access Saleeby and Wessels just 32 miles away in nearby Raleigh with ease.

Founded in 1955, Saleeby and Wessels was established by Dr. Richard Saleeby, Sr. when he realized the amount of suffering among patients in North Carolina caused by common anorectal illnesses.

Diagnosis You Can Trust

At Saleeby and Wessels, our goal is to deliver a diagnosis you can trust. We do this by:

At Saleeby and Wessels, our focus covers a range of different anorectal conditions. These include:

Our friendly, compassionate medical team makes every effort to care for you using the least invasive method possible. We prefer to use in-office management of your illness whenever we can, and to improve your quality of life through changes to lifestyle and diet. When and if surgery is recommended, however, both of our doctors are board-certified colorectal surgeons with the knowledge and experience you need to provide you with the very best professional care.