The general principle behind colon cancer screening is the realization that most colon and rectal cancers start as visible polyps or growths within the colon. Over a variable time period, many polyps depending on type (usually adenomatous polyps) can progress to colon cancer if left untreated. Most polyps, especially those of small size, are usually asymptomatic (causing no symptoms or problems for the patient). Screening or testing for polyps and colon cancer in patients without symptoms attempts to find and remove polyps, thus positively impacting on limiting the progression of these polyps to cancer. Additionally, early detection of small cancers leads to earlier treatment. Overall, earlier detection coupled with prevention via polyp removal should in theory lead to improved survival and decreased colorectal cancer mortality.

Colorectal cancer screening should begin with an assessment of the patient’s risk level based on personal and family medical history. Generally speaking, a personal or family history of colorectal cancer, polyps or certain other disease states, increases the likelihood that an individual may develop polyps or cancer in the future. Patients with such a history may begin screening earlier and undergo more frequent screening thereafter when compared to patients without.

It is important to understand that people with existing gastrointestinal conditions, or with symptoms or signs suggesting the presence of colorectal cancer or polyps, such as rectal bleeding, abdominal pain, a change in bowel habits and unintended weight loss, should also have their colon evaluated.

There are several common tests used to screen for colorectal cancer:

Factors that can increase the risk of developing colorectal cancer, and thus require more frequent or rigorous screening, include:

Men and women at average risk, who have no personal or family history of cancers, should have colorectal cancer screenings beginning at the age of 50 years. Many healthcare providers recommend that African Americans begin screening at age 45 due to their increased risk. Following are the different types and the recommended frequency for screening tests. Your doctor can tell you which type and frequency is right for you.

People with certain risk factors for colon cancer may need to undergo testing earlier than age 50 or have more frequent testing, and screening for these individuals is more likely to be done using colonoscopy.

About 1 in 5 patients with colorectal cancer have some family members who have also been affected by the disease, so more frequent screening is recommended.

People with genetically-inherited FAP, or who are at risk of having FAP but have not had genetic testing, should have a sigmoidoscopy every year, beginning at 10-12 years old. About 1% of all colorectal cancers are due to FAP.

People with a diagnosis of HNPCC (also called Lynch Syndrome), or who are at increased risk for HNPCC, should have a colonoscopy every 1-2 years beginning at 20-25 years of age, or ten years earlier than the youngest age of colon cancer diagnosis in the family, whichever comes first. HNPCC accounts for 2-4% of all colorectal cancer diagnoses.

Surveillance of People at Increased Risk

If a patient has a history of colorectal cancer, inflammatory bowel disease, or has had adenomatous polyps removed, we recommend ongoing surveillance with more regular colonoscopy screenings.

Personal history of adenomatous polyps removed: A follow-up colonoscopy should be timed depending on the pathology and number of adenomas found.

People with a history of colorectal cancer

Patients with a colon or rectal cancer that has been resected with the intention to cure should also have a colonoscopy around the time of the initial diagnosis to rule out synchronous neoplasms.

In general, most patients upon turning 50 should undergo screening. We feel strongly that given the state of current screening modalities, a colonoscopy at least every 10 years represents the most appropriate method for evaluating patients. Newer bowel preparations combined with sedation via anesthesia has made the test easier and safer than ever. For most patients, the test lasts less than 20 minutes and is typically offered as an outpatient procedure. Compared with other approaches, colonoscopy is not only the most effective tool at finding small polyps, but provides the only means to biopsy and remove polyps throughout the entire colon once they are found. This combination has made it the most widely utilized screening test for colorectal cancer and polyps. 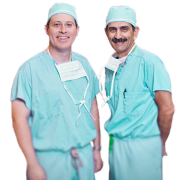