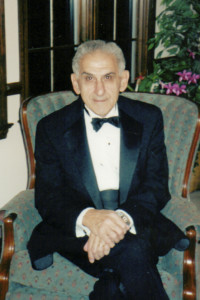 Our history began when Dr. Richard Saleeby, Sr. opened the practice in 1955. As one of the first Board Certified Colon and Rectal surgeons in the area, Dr Saleeby, Sr. believed there to be an important niche in the community for helping people with the common and troublesome ailments of hemorrhoids and other anorectal conditions. He realized that these conditions caused many people to suffer needlessly from pain, bleeding, itching and in many instances fear and embarrassment.

Dr. Saleeby Sr., was a lifelong resident of North Carolina and founding physician of Saleeby Proctology. He graduated from Wake Forest University in Wake Forest, North Carolina and Jefferson Medical School in Philadelphia, Pennsylvania. He later completed his surgical residency and training in Colon and Rectal Surgery at Ohio State University in Columbus. One of the original members of The Piedmont Society of Colon and Rectal Surgeons, he was a past president as well as permanent secretary-treasurer. The Society includes Colon and Rectal surgeons from the entire Southeast. 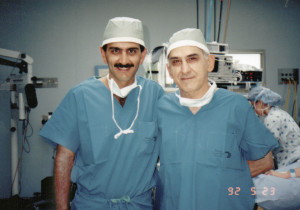 In 1990, his son, Dr. Richard Saleeby, Jr. joined the practice. As Dr. Saleeby, Jr. assumed the bulk of patient care, he has continued to emphasize the timely, respectful and courteous treatment of patients.

In 2006, Dr. Frank Wessels joined Dr. Saleeby, Jr. to help better serve the community and continue our tradition of care.